2009 CVM Club outing to the Tripp Mine

This year was Connecticut Mineral Club’s 5th outing to the Tripp Mine. Each year the outing gets better and Lee & Wayne put more work into it. For me it is just a great party.
When a club comes to the Tripp Mine, I prep one of the (new blast material) pits just for their outing. The dumps and other dormant pits are also open for collecting. This year the Santospago pit was prepped for the CVM and the shovel-winning specimen came from this pit. 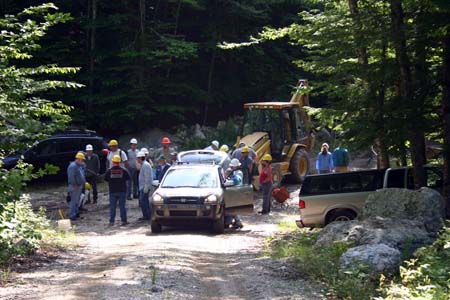 The CVM club uses this outing to reward the members that work at their yearly mineral show. The outing consists of mineral collecting, silent auction (Toveco sponsored), judging the best-collected specimen, award presentation and eating pies at the end of the day. It works very well but Lee & Wayne are already working on making the outing better next year. If you want more info check Wayne’s site, I dig rocks & the CVM club site. Wayne spent a lot of time videoing the event. 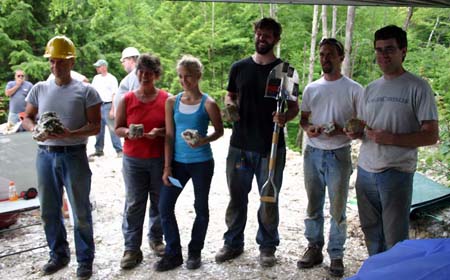 This year was the first year for the field shovel award to be presented at the CVM Tripp Mine outing. The field shovel award was first used as a Toveco event that went on vacation because it never caught on. Lee & Wayne decided to put it back to work as the top CVM Tripp Mine outing prize.
This year produced 6 prizewinners with the best material coming from Santospago & Toveco pit. The 3thd best came from the Wayne/Lee bench dump. Therefore, a big pat on the back for third place because we work very hard to make shore that does not happen. 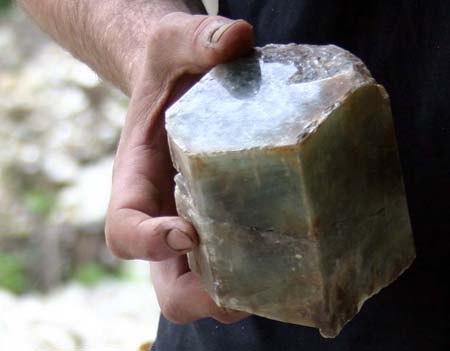 We are still benching the Wayne/Lee and have started moving the road over to the south wall. Hope to have something about this effort out soon.
That’s it for now
Jim

This entry was posted in Club Outing. Bookmark the permalink.