Working the Tripp mine

Beryl crystal that cracked out of the quartz matrix nicely.

We finished the mine clean up at the end of May. It’s surprising how much waste rock we stored in the mine working area. In retrospect last year’s fuel cost made us very creative in storing the waste rock. The plan is to move the road to the south wall from the present pit side location. Then we will bring the pit sidewall down to the pit water level. Before we move the road, we are now dropping the wall side area down and storing the waste rock for the new road. This task might be completed in the next 2 weeks. 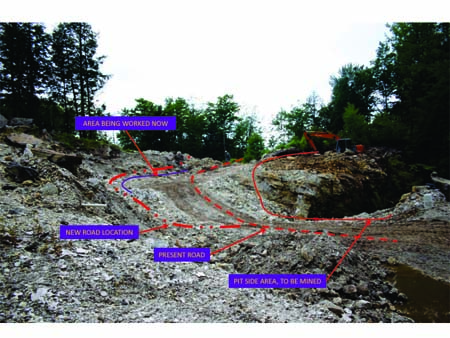 We have had some success finding some nice things during this mining push. The big surprise is the amount of very poor quality of feldspar, which is a very bad sign for finding any good beryl crystals. Therefore, we have been very aggressive in mining thru that material. We have also discovered a large seam of smokey quarts and microcline that is showing large feldspar crystals. These areas do produce good beryl crystals. In addition, we are working that area now. 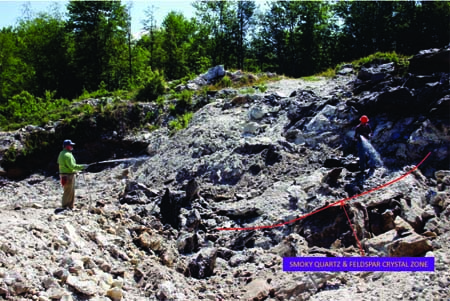 Washing down the blast pile. 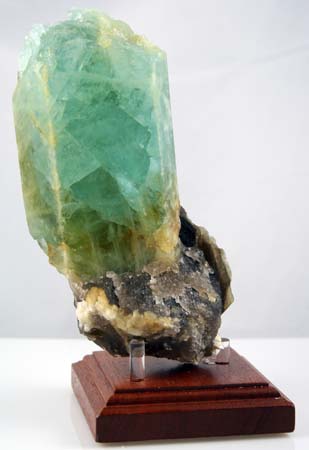 Large beryl crystal with an interesting termination that grew into the microcline.

When we do start, the lower pit side mining effort it will be interesting because we have not been there since early 2006. Our Keene district pegmatite knowledge is far greater now making for  a different read of the rock then in 2006.
That is it for now.
Later
Jim

This entry was posted in Mining. Bookmark the permalink.